Executive Director for the Office of Minority and Women Inclusion 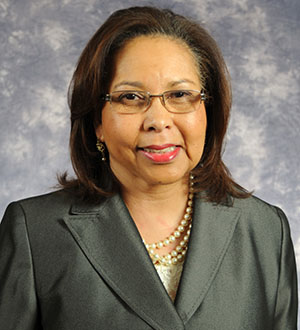 Joyce Cofield is the Executive Director for the Office of Minority and Women Inclusion at the Office of the Comptroller of Currency (OCC).

In this role, Ms. Cofield provides executive direction, sets policies, and oversees all agency matters relating to diversity in management, employment, and business activities. She reports directly to the Comptroller of the Currency. The OCC established this position to comply with Section 342 of the Dodd-Frank Wall Street Reform and Consumer Protection Act. She assumed this position in December 2010.

Since joining the OCC in 2001, Ms. Cofield has served in a variety of leadership roles within human capital, recruitment, and diversity management at the OCC.

Prior to joining the agency, Ms. Cofield served in executive roles at the Polaroid Corporation as Senior Human Resources Administrator, Director of Diversity, and later as Staff Assistant to the chief executive officer, serving as that senior executive’s chief of staff.

In addition to completing a number of executive development programs at the University of New Hampshire and Massachusetts Institute of Technology, Ms. Cofield earned a bachelor of science from Virginia Union University and a master’s degree from Boston University.